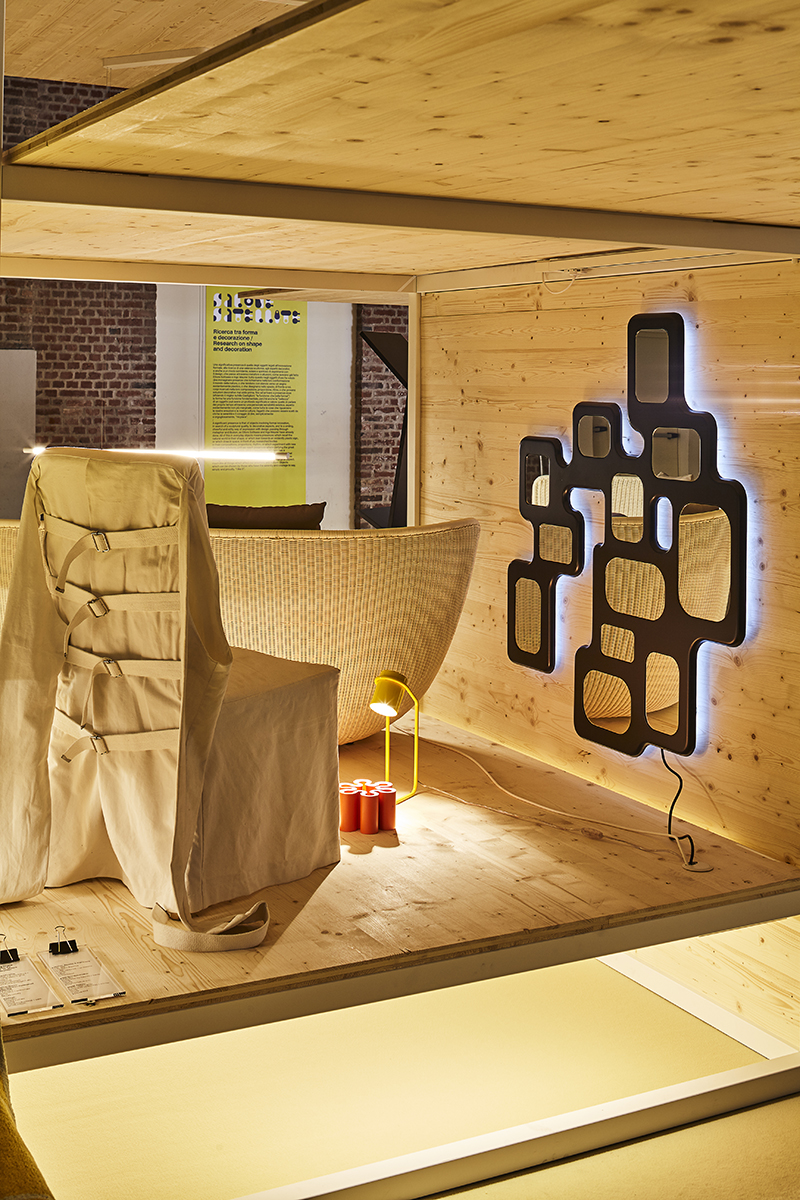 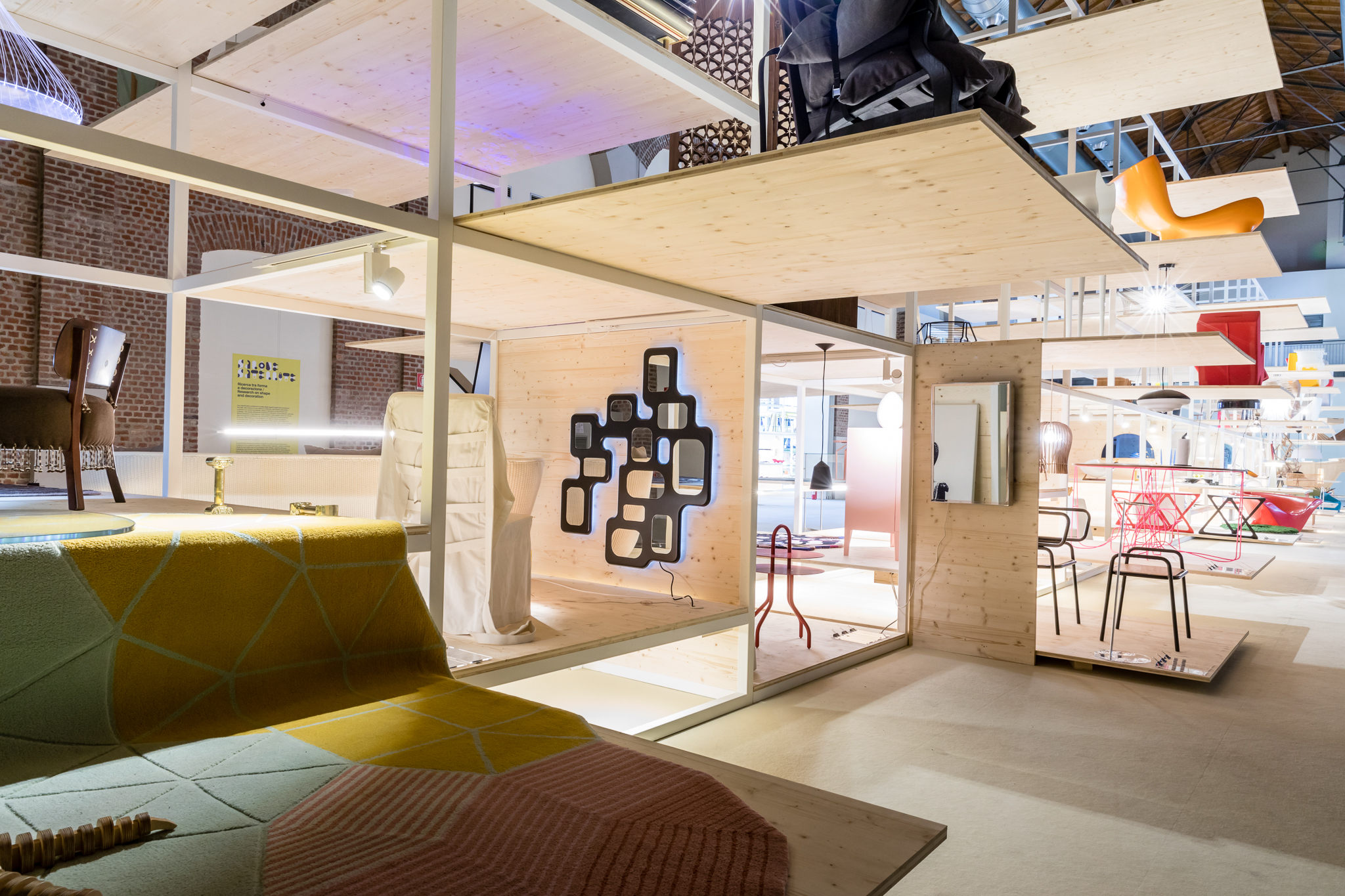 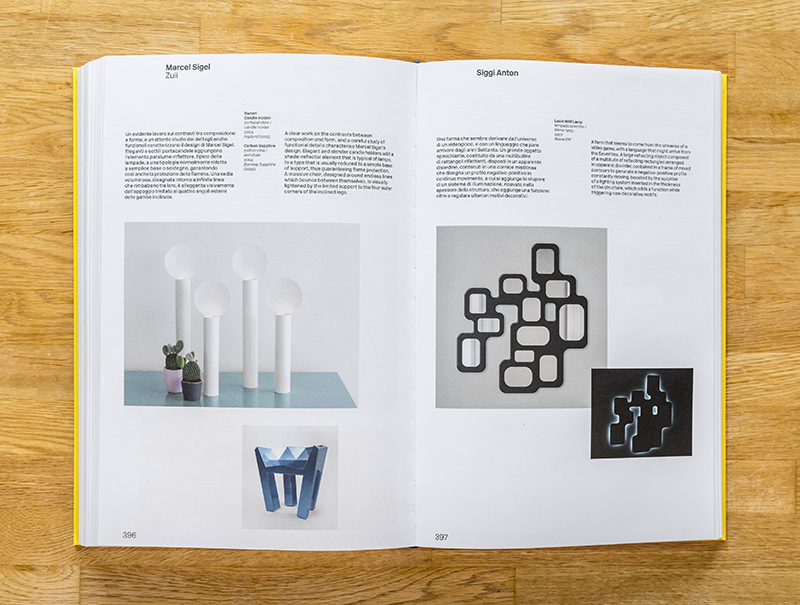 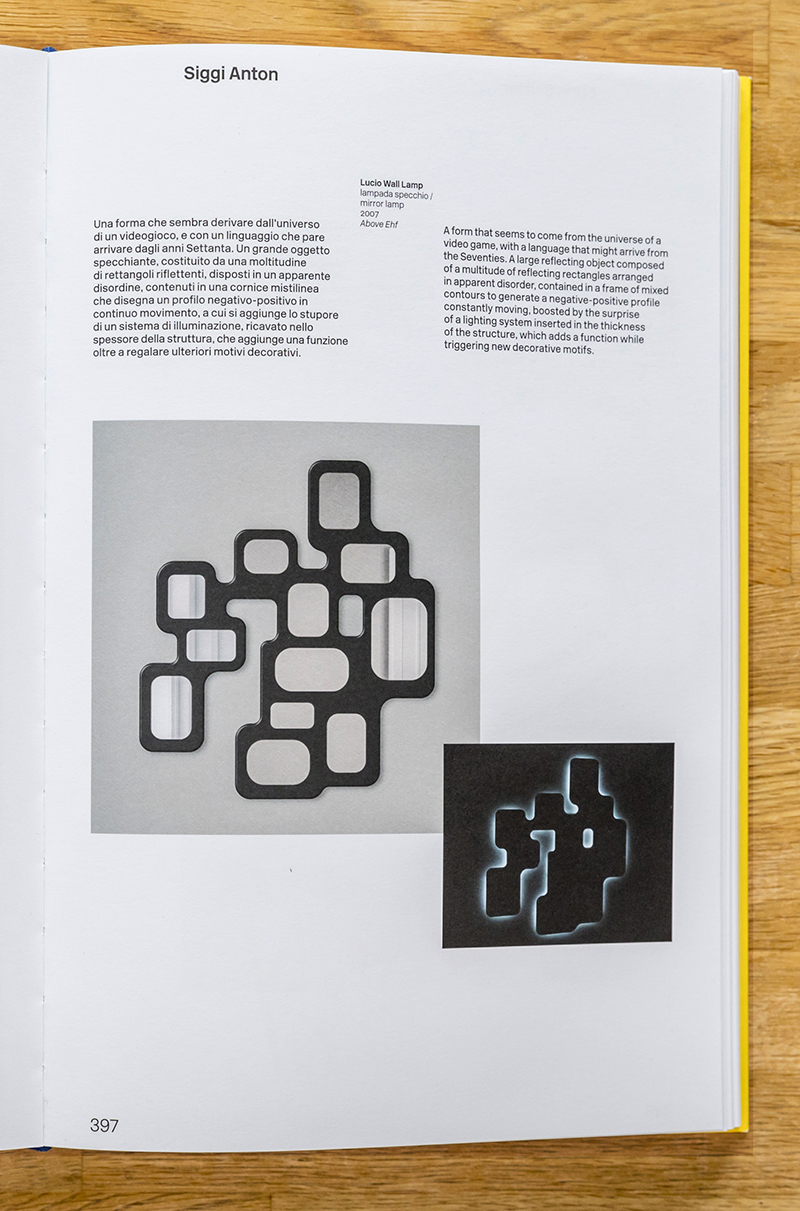 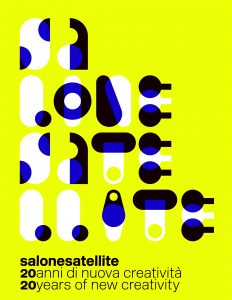 “A form that seems to come from the universe of a video game, with a language that might arrive from the Seventies. A large reflecting object composed of a multitude of reflecting rectangles arranged in apparent disorder, contained in a frame of mixed contours to generate a negative-positive profile constantly moving, boosted by the surprise of a lighting system inserted in the thickness of the structure, which adds a function while triggering new decorative motifs.”